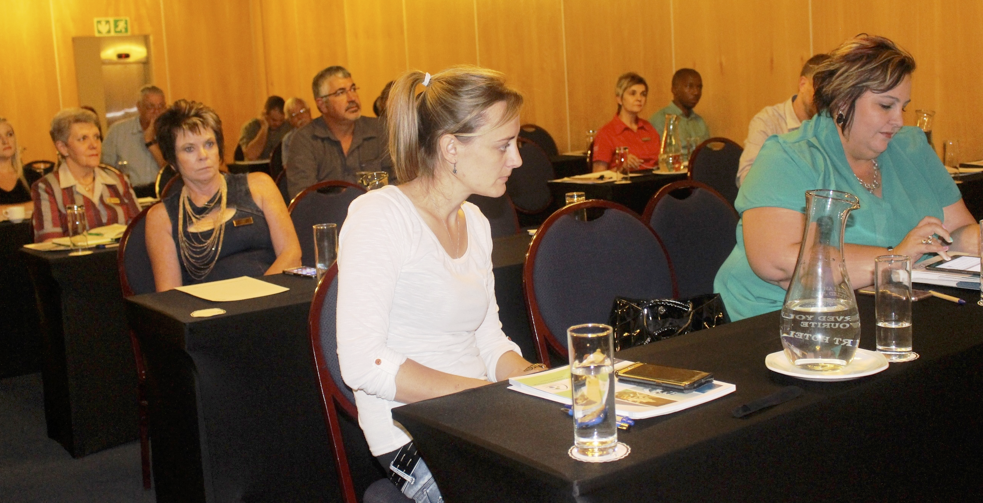 The Companies Tribunal (the Tribunal) in partnership with the Northern Cape Chamber of Commerce and Industry (the Chamber) hosted a workshop on 16 March 2017 at Garden Court Hotel in Kimberly. The aim of this participation was to raise awareness about the services of the Tribunal to business people of Kimberly.

The Tribunal is mandated by Parliament to reach out mainly to all South Africans who are in business and those who cannot afford lawyers or understand court processes. Therefore this engagement was committed in our 2016/17 Annual Performance because the Chamber is one of the key stakeholders that can serve as a vehicle to deliver the Tribunal information to its members and Kimberly is the biggest town as well as economic hub of the Northern Cape province.

This engagement was very significant in educating members of the Chamber about the mandate of the Tribunal and provided an understanding of the services the Chamber provides to its members. It is hoped this exercise provided a basis in terms of formulating an ongoing partnership. The Tribunal hopes that this partnership will lead to business people of Northern Cape to utilize Tribunal services. Since inception the Tribunal has never received an applications from the Northern Cape province. Mr Selby Magwasha Tribunal’s Deputy Registrar gave a detailed presentation about the kind of disputes that can be filed with the Tribunal for adjudication and alternative dispute resolution mechanisms i.e. conciliation, mediation or arbitration. He also explained the process of filing applications and forms that are required.

It was observed that members of the Chamber did not know about the existence of the Tribunal and it was agreed that they will deliver Tribunal information to their constituencies.  Other stakeholders who participated were the National Employers Association of South Africa which talked about its services in terms of promoting the interests of employers through representation, advice and legal services. The Department of Labour was also part of the workshop, they presented Compensation for Occupational Injuries and Diseases Act, 1993 (COIDA) and Umehluko which is the electronic system for reporting work related accidents and diseases.