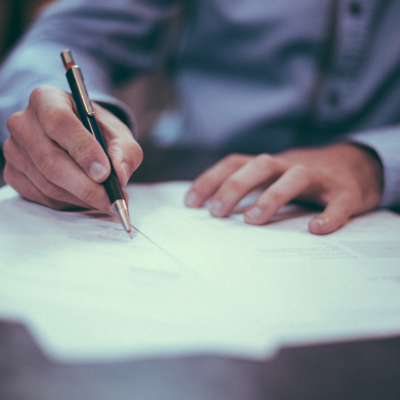 The Minister of Trade, Industry and Competition, Ebrahim Patel, today announced details on the appointment of new members to the Companies Tribunal.

The Companies Tribunal is established in terms of the Companies Act and facilitates the resolution of company disputes through conciliation, mediation and arbitration, potentially avoiding lengthy and costly litigation.

The members appointed are:

Judge Dennis Davis is the new Chairperson of the Tribunal. He previously served as head of the Competition Appeal Court and the Tax Appeal Court. Between 1991 and 1997 he was the Director of the Centre for Applied Legal Studies at the University of the Witwatersrand. He held joint appointments at Wits and UCT from 1995 – 1997. He was appointed a Judge of the High Court in 1998 and as President of the Competition Appeal Court in 2000. Since his appointment to the Bench, he has continued to teach constitutional law and tax law at UCT where he is an Honorary Professor of Law.

Judge Davis is a member of the Commission of Enquiry into Tax Structure of South Africa and was a Technical Advisor to the Constitutional Assembly where negotiations for South Africa’s interim and final constitutions were formulated and concluded. He hosted a television programme, Future Imperfect, which was an award-winning current affairs programme between 1993-1998.

Ms Minah Tong-Mongalo is the new Deputy Chairperson. She is a Commercial Law specialist, specializing in contract law, corporate commercial law, and corporate governance. She is an admitted attorney of the High Court with 20 years of post-admission experience. Ms Tong-Mongalo is an experienced legal advisor and is pursuing her doctoral studies in the governance of state-owned enterprises. She holds an LLB and LLM (Commercial Law) qualification from the University of KwaZulu Natal.

Ms Hlaleleni Kathleen Dlepu has been in the legal profession for a number of years and is an admitted attorney, conveyancer, and notary public. She was appointed as the first chairperson of the Legal Practice Council in 2018. Her career highlights also include her tenure as Secretary General of the Black Lawyers Association, a council member of the Law Society of the Northern Provinces and co-chairperson of the Law Society of South Africa.

In 2022, Ms. Matolo-Dlepu was named one of Courtroom Mail’s Top 100 Most Influential Women in Law in Africa. She also received a Lifetime Achievement Award at the WOZA Women in Law Awards, and was recently given a special recognition award from the Black Lawyers Association for her commitment, leadership, and contribution to the transformation of the legal profession, judiciary and the organisation. She has a BProc and LLB Degrees from the University of the North.

Ms Diane Terblanche has extensive expertise in law and consumer advocacy and is an experienced managing attorney. A former Director of the Legal Aid Clinic at the University of the Western Cape, she is skilled in business planning, operations management, law enforcement, IT strategy, and policy analysis. She served previously as chair of the Consumer Tribunal. She has a BCom Law, LLB (University of South Africa) as well as an LLM Degree from the University of Pennsylvania.

Professor Clement Marumoagae is an Associate Professor at the University of the Witwatersrand. He is also a practising attorney specialising in pension law and family law. He lectures pension, insolvency, land, and procedural law courses at post and undergraduate levels. He is a former councillor of the Legal Practice Council and the inaugural chair of its education committee. He is currently an academic member of the Judicial Service Commission. Professor Marumoagae has focused on the development of candidate legal practitioners and conducts research that is aimed at eradicating artificial barriers meant to restrict entry to the legal profession. He holds the following qualifications: an LLB, LLM (Wits) and LLM (NWU) and PhD (UCT), and also holds three postgraduate diploma certificates: AIPSA Diploma in Insolvency Law and Practice (UP), Postgraduate Diploma in International Economic Law and Postgraduate Diploma in Corporate law (Wits).

Mr Joshua Sasha Kadish is an admitted attorney of the High Court with expertise in corporate law and finance. He is a published author in various renowned legal journals. He practiced as a Senior Associate in the Corporate Commercial Department of a large well-known legal firm before co-founding a fin-tech company which he currently manages. He holds the following qualifications: a BCom, BCom Law and LLM from Wits University.

Mr Richard Bradstreet is a Legal academic and an Advocate of the High Court of South Africa. He is a senior lecturer in the Department of Commercial Law at the University of Cape Town, and a member of the Cape Bar. He is a contributor to Juta’s Commentary on the Companies Act 2008, and has published several articles in peer-reviewed academic journals on a range of commercial law topics, including company law, which he also teaches. He holds the following qualifications: a BA LLB, LLM (Commercial Law), a PG Dip (Dispute Resolution), and a PG Dip (Intellectual Property Law) from the University of Cape Town.

Mr Fulufhedzani Shane Mudzunga is a director of a law firm. He has focused on commercial contracts, mediation, and negotiation. He holds the following qualifications: a BA LLB from the University of Venda and a certificate in Corporate Law and Mediation.

Ms Nomagcisa Cawe previously lectured in law at the Universities of Transkei and North-West and has extensive experience in dispute resolution. She has been an Acting Judge of the Labour Court and is the Chairperson of the Special Pensions Appeals Board.  She holds the following qualifications: a BA Humanities and an LLB Degree.

Mr Brian Jennings is a director of a well-known law firm and has extensive practical experience in mergers and acquisitions and private equity transactions. He holds an LLB and LLM (with distinction) and was a recipient of the Adrian Paul Nathan Memorial Prize from the University of the Witwatersrand for achieving the best results in the corporate law LLM programme.

“The Companies Tribunal is made up of persons with a broad mix of skills and experience. As part of building a strong and capable state, we have sought to draw on the widest South African talent pool. The calibre of candidates will provide the public and business with confidence that we have a Tribunal that will be of significant benefit to our society and I wish them well in their work,” says Minister Ebrahim Patel.

The new Chairperson, Judge Dennis Davis noted that the Tribunal has significant powers in terms of the Companies Act and it is the intention of the tribunal to be a most effective mechanism to resolve disputes which fall within its powers as efficiently and speedily as possible so that it becomes the key forum for disputes as defined in the Act.

Issued by: The Department of Trade, Industry and Competition