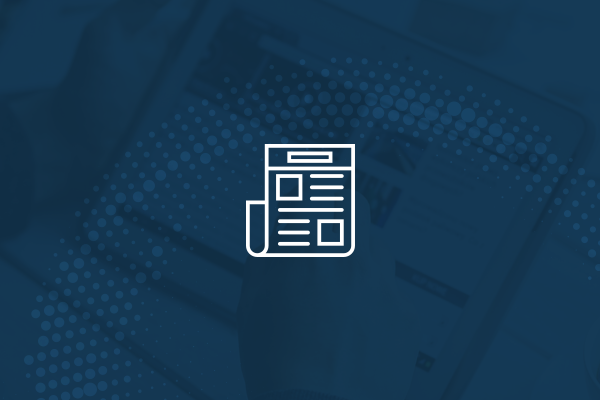 GET TO KNOW THE COMPANIES TRIBUNAL

The Companies Tribunal (the Tribunal) is established in terms section 193 of the Companies Act 71 of 2008 (the Act) to adjudicate applications made in terms of the Act and act as a forum for mediation, conciliation and arbitration for company disputes.

The Tribunal is comprised of the Chairperson, i.e., Dr Alli Chicktay and thirteen other members with suitable qualifications and experience in Economics, Law, Commerce, Industry and Public Affairs. The Tribunal is independent and subject only to the Constitution and the Law. It is required in terms of the Act to perform its functions impartially, without fear, favour, or prejudice, and in a transparent manner. The Tribunal has jurisdiction throughout the Republic of South Africa.

The Tribunal was created to ensure the speedy and cost effective resolution of company disputes. As an alternative to going to court and avoiding the long, costly and acrimonious process, applicants can approach the Tribunal for resolution of company law disputes. Some of the applications that can be lodged with the Tribunal include: name disputes, access to financial statements, convening and extension of time for holding of Annual General Meetings (AGM’s), directorship disputes, applications for exemption from establishing Social and Ethics Committees (SEC’s), reviewing of decisions and compliance orders or notices issued by Company and Intellectual Property Commission (CIPC) amongst others. Below are some of the cases that the Tribunal has handled.

In the COMAIR LIMITED (Applicant) versus KELULA ENTERPRISES (PTY) LIMITED (First Respondent) and THE COMMISSIONER OF COMPANIES (Second Respondent), the Applicant submitted that KELULA’s name is confusingly similar to COMAIR’s KULULA trademark and may also lead members of the public to incorrectly associate KELULA with COMAIR’s business or its trademark KULULA. Furthermore, COMAIR submitted that the name KELULA is “visually confusingly similar and phonetically virtually identical” to its KULULA trademark as contemplated in section 11(2) (b) (iii) of the Act.

The Tribunal agreed with the submission that it is possible that a member of the public may confuse the two words or even denotes association. The Tribunal found that the inclusion of the word KELULA in the First Respondent’s name does not satisfy the requirements of the Act. Therefore the First Respondent was directed to choose a new name and file a notice of amendment to its Memorandum of Incorporation within three months of service of the order. The application was granted.

The need for protection of company names is based on the appreciation of the economic value that company name have as part of the company’s goodwill, which can amount to thousands of Rands.  Furthermore, company names are vital for branding, as they distinguish the company from others and are used for identification with particular products and services.

COMMISSIONER STREET NO.6 (RF) LTD (Applicant) brought an application for exemption to appoint SEC in terms of Section 72(5) of the Companies Act 71 of 2008 and Regulation 142. This provision stipulates that a company that falls within a category of companies that are required in terms of this section and regulations to appoint a SEC may apply to the Tribunal in the prescribed manner and form for an exemption from the requirement. The Applicant is a ring-fenced, bankruptcy-remote special purpose company which is used as part of securitization program authorized as such by the South African Reserve Bank in terms of the Securitisation Regulations under the Banks (Act 94 of 1990).

The Applicant submitted that it is restricted to trade and has no employees. Furthermore, the Applicant mentioned in the application that the only stakeholders of the Applicant are sole shareholders and that the activities of the Applicant do not reside within the interests of the greater public. No further information was provided to elaborate on the nature and extent of its activities to indicate that it is not in the public interest to have SEC despite such information being requested by the Tribunal. The fact that the company is a ring-fenced company is not decisive in the determination of whether a SEC must be appointed or not. The application was refused.

Ms Gretha Terblance (Applicant), one of two directors of CX Sand and Stone (Pty) Ltd (‘the Company’), brought an urgent application for the removal of the Mr Gerrit Christo Greyling (Respondent) as director of the company to the Tribunal, in terms of section 71(8) of the Act.

The Respondent was personally served with a copy of the application but he failed to file a Notice of Intention to Oppose the application or any indication whatsoever that he has any interest in the proceedings. The bases for the application to remove the Respondent as director of the company included lengthy periods of absence from the workplace, diversions of funds due to the company to himself, threats of physical violence and intimidation toward the Applicant and other staff, and failure to perform his duties as director in good faith in the best interests of the company and with the expected due care and skill.

Since the Respondent’s conduct, as described by the Applicant in the papers filed, remained uncontested, the Tribunal found that the Applicant had a proper case for the relief sought, ordering that the requirements of the Uniform Rules of the High Court be dispensed with as a result of the urgency of the matter and that the Respondent be removed as director of the company in terms of section 71(8) of the Act.

Companies with fewer than three directors may apply to the Tribunal to remove a director form his or her position. This is aimed at ensuring that these categories of companies avoid the litigious court process which consume a lot of time and are costly. Directors who carry out their fiduciary responsibilities well are vital to the proper functioning of the companies and in the long-term the well-being of the economy.

It is against this background that South African businesses and board of companies are encouraged to utilize the Tribunal’s services including mediation, conciliation or arbitration which are offered free of charge.