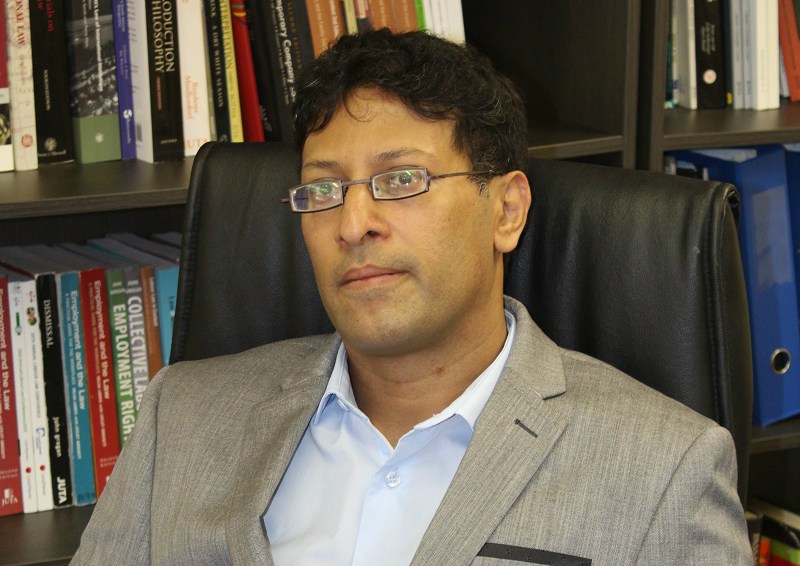 On average it takes 240 court days for civil cases to reach a conclusion. In a fast-moving business world, this is too long and, inevitably, expensive. The Companies Tribunal, says Chairperson Dr Mohamed Alli Chicktay, is a faster and cheaper option.

Despite a record of success, the Companies Tribunal remains little known – a deficiency that Chairperson Dr Mohamed Alli Chicktay would like to change.

Dr Chicktay points to public awareness of the Commission for Conciliation, Mediation and Arbitration (CCMA) and says that level of familiarity is what he would like for the tribunal. “Why can’t people say ‘Let’s go to the Companies Tribunal and try to resolve issues there’?

“The question is, who do we need to reach? There are different role-players when it comes to educating people about the Companies Tribunal,” says Dr Chicktay.

The tribunal’s natural audience are within companies – the directors and accounting officers. They are reached through meetings or via business conferences. The tribunal also hosts its own conferences such as the one mooted for February on name disputes.

In addition, the tribunal meets on an ongoing basis with attorneys, advocates and members of the judiciary.

An agency of the Department of Trade and Industry (the dti), the Companies Tribunal was established to provide speedy resolution of company disputes.

The chairperson says that resolutions obtained through the tribunal have the added benefit of not leaving any party aggrieved. Decisions are made through discussion, giving both parties a sense of ownership over the outcome – as opposed to litigation where “a judge makes a decision”.

Dr Chicktay, an academic at the University of the Witwatersrand lecturing on Alternative Dispute Resolution, explains the tribunal’s ultimate goal is for more cases to be resolved through mediation. “For that, we need buy-in from the legal profession. Sometimes we are competing with the legal profession, and that is one of the difficulties. We’ve got to change the mindset and create a new kind of legal profession where lawyers are allowed to present matters at mediation.”

The Companies Tribunal is part of a suite of agencies, laws and defined separation of powers that have allowed South Africa to remain an attractive investment destination.

Dr Chicktay catalogues the attributes that have helped: the country is strategically placed in Africa; it has good transport infrastructure and a sophisticated banking system; and a court system that works.

“The way business works, you want something done quickly and often the court system takes too long and is expensive. This is where the Companies Tribunal comes into play. It allows quick easy access to justice and, at the moment, you do not pay for the service. It’s not just the adjudicatory function, but the mediation and arbitration work that is also important.”

Apart from his duties as the head of the Companies Tribunal, Dr Chicktay teaches classes on dispute resolution and labour law at Wits University. Working with students – future leaders – allows him to guide their thinking about alternative dispute resolution. “We have to change the mind-set of people we are producing as lawyers. In company law classes we need to talk about the Companies Tribunal more at undergrad and Masters levels.”

Legislation like the Companies Act is subject to the Constitution and the fundamental rights they protect, he explains. Access to justice, however, remains expensive and protracted. He believes that rethinking the way we look at resolving conflict will make not only our country stronger but lead to a more robust economy.

“In a university setting we talk about decolonised education. We should apply that thinking not only to education but to our legislation, to our law, in the way in which we treat each other with respect and dignity.

“We need to balance it. Our company law has to take into account where we are as a country and our Constitution, but it also has to encourage investment. So there is a fine balance between our interests as a country, investor interests and labour laws. Remember all other areas of law have an impact on company law.”

South Africa’s law system is a fusion of English common law, and Roman Dutch and African customary law, which makes it unique in the way it tries to balance social justice with protecting investor rights. “There are different dynamics at play (when doing business in South Africa), not just rules of company law but of the Constitution, our labour legislation and employment equity legislation which have an impact on where we want to be, and that is quite unique.”