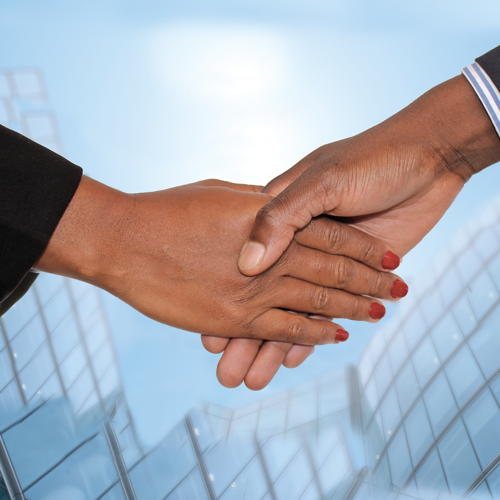 The introduction of the 2008 Companies Act (hereafter ‘The Act’) saw a wave of modernisation in the South African Company Law landscape. The ‘new’ Act aims to facilitate the growth of the South African economy by simplifying and streamlining legislation and procedures.

An improvement introduced by the Act is the Companies Tribunal, which is introduced by Part B of Chapter 8. The expectation was that the Tribunal would reduce compliance regulatory costs and provide speedy and effective remedies for ordinary South Africans and stakeholders. In addition to hearing and pronouncing on applications and reviewing administrative actions taken by CIPC, the Tribunal also serves as an alternative dispute resolution forum for disputes arising out of the Companies Act or Company Relations.

Part C of Chapter 7 sets out ‘Voluntary Resolution of Disputes’, with sections 166, 167 and 169 providing a framework for Alternative Dispute Resolution (hereafter ADR). Per section 166(1), a person may refer a matter to The Companies Tribunal, an Accredited Authority or any other person for mediation, conciliation or arbitration instead of seeking redress in a court or filing a complaint with the Companies Commission. Alternatively, a matter may be referred for ADR by another body.

By empowering the Companies Tribunal to serve as an Alternative Dispute Resolution body, the Companies Act tries to actively encourage persons involved in disputes to solve them outside of court, a trend picking up steam in countries like England and the US. The establishment of an adjudicating body to deal specifically with Commercial conflicts helps significantly with streamlining the Commercial dispute structure and lightening the load on the congested South African Courts.

In addition to the benefits that it offers the South African Legal System, there are various advantages afforded to the parties. Although it was always possible to refer a matter to an independent facilitator, the Companies Tribunal has established a state-funded forum for parties to bring their disputes. The Companies Tribunal will pay the mediator/conciliator/arbitrator in addition to providing a venue for the hearing; the services are provided to the business community at no costs to the parties.

The parties are provided with facilitators who are qualified, business relationships are maintained, the proceedings are private, and time and procedure are flexible to suit the needs of the parties. Before approaching the Companies Tribunal for ADR facilitation, it is important to ensure that the dispute falls within their jurisdiction.

Secondly, a person may only refer a dispute with or within the company; only matters that are specifically assigned to the Tribunal may be heard by it. No matter that falls within the jurisdiction of a particular body, such as the Takeover and Regulation Panel or the High Court, may proceed to ADR in front of the Companies Tribunal unless it has been referred to ADR by such a body.

Lastly, unless the parties have been requested to undertake ADR by an adjudicating body, all parties to the dispute must consent to the use of ADR. The use of ADR is voluntary unless ordered. The Company Regulations (2011) sets out the basic procedure to be followed. Prescribed Form CTR 132.1 should be filed with the Companies Tribunal (or the alternate accredited agency) when making an application for ADR. Form CTR 132.2 is to be used for referral. The Practice Guidelines of the Companies Tribunal has added further guidance: a supporting affidavit and supporting documents are to be attached to the prescribed form. The parties will themselves elect which form of alternative dispute resolution they wish to engage with, and indicate as such in the filing forms.

The forms and documents do not need to be hand delivered to the Companies Tribunal; applications for Alternative Dispute Resolution may be emailed to the Tribunal at registry@companiestribunal.org.za.

The only potential disadvantage of Tribunal facilitated ADR is that a decision or settlement agreement resulting is not enforceable. The order must be submitted to the court for confirmation to be made an executable court order. The Court does not have to make the outcome into a court order; the court may also make adjustments to the agreement or may refuse to make the order outright.

Comparably, it is also possible that ADR might fail. In terms of section 166(2), if the Tribunal reaches the decision that there is a lack of good faith participation or that it is unlikely that the dispute will be resolved by way of ADR, then a certificate on Form CTR 132.2 is issued, stating that the process has failed. Although it may seem unclear what should happen if ADR fails, in practice an application for a formal Tribunal Hearing or application to a Court would follow.

In the 2015/2016-year, 100% of ADR cases were finalised within 30 Days of the Tribunal hearing the matter, by far exceeding the 70% target and the 40% finalisation of cases in the 2014/2015-year. In addition, the Companies Tribunal received a clean audit report from the Auditor General of South Africa. This form of Dispute Resolution is cheap, effective and easy for laypersons to understand. Alternative Dispute Resolution offered by the Companies Tribunal is currently under-utilised and often overlooked as a way of getting redress, but with the Court system often causing significant delay and extreme fees, parties will soon be seeking other ways to resolve disputes, and the Companies Tribunal will be perfectly suited to step in and assist.

This Article was published on Volume 7 Issue number 1 of the Corporate Report.